I was a gypsy before I discovered what a digital nomad was – I like the name – it was easier to spell… The idea of being able to packup up the laptop and move your life at whim – how alluring is that to so many people? Ben wants to use his success at making money online with SEO and travel the world – he’s clearly been to some places already judging by his stunning travel photos – so he possibly knows what he’s getting himself into – or may be not.

Back in 2006 I had a brain wave – I was earning a good hourly rate in a job I hated and despised. I woke up sad on Sunday because I had to go to work on Monday. I buried three friends that year – two of them were younger than my partner and less than ten years older than me – it makes you think.  It makes you think that life is for living and life is too short to waste it doing something you hate – I’d known that for a while but I managed to persuade my partner to.  My partner asked for leave of absence from the Bank he’d worked for nearly 10 years and for which he always got raving performance review. They turned him down of course, he resigned.

In early 2007 we rented out the house, put all our worldly possessions in storage. We bought one-way tickets to Australia. We arrived in Brisbane, bought a 1985 Landcruiser, some camping gear (neither of us had ever camped in our lives). We hit the road, and 6 months and 36,000 km (22,000 miles) later we got as far as Perth (bottom left if you are geographically-challenged). (BTW I laughably thought that this would be the perfect time to launch my online business! In a word – don’t!). Tired of the long open  road not yet ready to drive across the Nullarbor, we settled down in Perth for a while. Two years later we are on the move again, back to New Zealand. 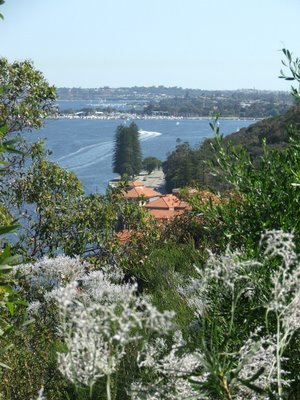 Which brings me to my point – how in hell can two people who arrived with a Landcruiser full of gear end up with so much crap to sell! Why does the world make it so hard to be location independent? I have fantastic broadband here in Australia  – can I transfer my plan to New Zealand – of course not- same company but you can’t transfer. Can I transfer my phone number? You’re joking aren’t you – well this is the last time I am ever being taken that con again – I am getting a location independent IP phone as soon as I work out the details – I know Skype will do it but there might be other options. At least I don’t have any emails attached to local ISPs anymore (you don’t do you?)

We are lucky, we have 2 month’s notice that my partner’s contract won’t be renewed – double the time they had to give us. So now we just have to get rid of all the stuff, close down the power, the phone, the Internet. Cancel the car’s insurance – oh and sell the car as well. Cancel the subscriptions. Get the notes from the various medical practioners we’ve been supporting over here. Say goodbye, find a flight just before Xmas – and find somewhere to live before we can legally evict the tenants in Feburary. And then we – well lets be blunt here  – I – get to do the whole thing in reverse. At Christmas, while mourning the loss of summer (trust me moving from Perth to Wellington in December will be the end of summer). 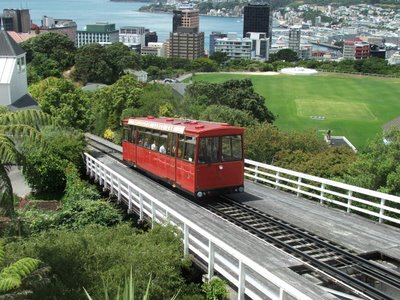 I don’t think I am that excited about going “home” – but then I never am really. It is time we sold some real estate there and probably a whole lot of other junk that seemed important at the time. The weather is probably worse than I remember it, but at least we can do some skiing next year – that will be nice.

At least my business is really not affected – thank goodness I have been using a NZ PO Box as my official business address from day one – so that part just keeps on working. The broadband speeds appear slow and the price sky high -and that’s with the best network in the country – which now limits the suburbs we can move to  to those that they cover.   The tax laws are a great deal simpler but I probably will pay slightly more tax – but apart from that nothing much has changed.  The New Zealand dollar is well over-priced against the US dollar – but far more likely to drop once they cut the mortgage rates – which will probably be better for our overall bottom line.

There will be some advantages too: daylight saving and Sunday shopping are the obvious ones. As is being able to eat out without worrying about the bill, seeing friends and my partner’s family again. Being able to afford a dentist will be nice. But after about two weeks, in my experience, the novelty wears off. And the reality is that my closest family is in Europe anyways – for those of us who have wandering in the blood its highly unlikely that one place really will ever contain all the people that matter to us ever again.

The trouble is is that the little things are really difficult if you keep moving. We have both lost medical insurance – you can only be covered for the first year out of the country – no country recognises your insurance record overseas – so effectively you start again each time you move. Our car insurance will probably go up as well as we haven’t had insurance on the car we haven’t driven for over two-years.  My partner needs to ensure that he spends enough time in New Zealand to qualify for superannuation over the next few years – the fact that he was born there and worked his entire life there is irrelevant – he needs to spend 5 years between 55- and 65 in New Zealand – oh and then when he retires he needs to spend at least six months a year in the country- that could become quite inconvenient long-term.

And remember this is the easy direction: we have a credit record, credit card, mobiles, driver’s licenses, car – all waiting for us in storage. We don’t have to start all those things up again from scratch in an unfamiliar system.   Useful hint – never cancel everything when you leave a country – we will be keeping a bank account here – it was too darn hard to get one setup to shut it down now!

The point of this post? I’m not sure that I have one but it some ways I think I look at the other side of living the Nomad’s Lifestyle and wonder if people realise that sometimes it has its own disadvantages – I for one don’t see too many Western countries making it a whole lot easier any time soon. And relatives who don’t understand travel – about 90%  them don’t who ever you are related to – will never understand your inability to “settle down”. So yes we are going home – but I have a feeling it won’t be for ever.

Some Resources for Digital Nomads