While I was figuring out my passive income goals for 2010 – I went thru the tired but true exercise: 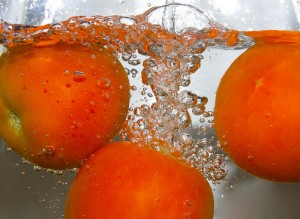 Oddly enough – it was quite easy for me answer both questions – I think this is an important skill that being in business for yourself develops – one thing I cerainly hadn’t expected to learn while working online was to be much more aware of my own faults and weaknesses. Anyway back to the point – what went well – I haven’t had to get a real job that’s more than good! When someone asked me the other day whether  Iwas going to get a job on my return to NZ – I looked him in the eye and said, why? I made over US$4000 last month – what would I want a job for?

What went badly – well unfortunately that was equally easy to answer  my time management sucks! This is not a new development – but now my inability to focus is costing me money not just an employer! This has to stop and like now.

So what has NOT worked for me so far as time management is concerned;

Several people of a forum a frequent mentioned they had found the Pomodoro Technique helpful – even though they usually struggled with focus – sounds like me I thought –  I will give it a shot – oh and the comprehensive e-book is free – even better!

The system was developed in Italy by a guy who is now an IT Project Manager – but at the time was a student. Its well worth reading the e-book becuase it acutally explains the science behind why it works – with references eve – a slight change of pace to a lot of what you come across these dasys. Any – in essence the Pomodoro technique is:

My current implemenation of it looks something like this:

Initially what I found that basically focussing for 1/2 an hour isn’t that hard – in fact it was a lot easier than I thought it was going to be. My issue seems to be more the time wasted in between pomodoros – but I can work on that.

Pomodoro – without the Kitchen Timer

The original is with using a tomatoe shaped wind-up kitchen timer – your grandmother may use one – I personally thought that was what the micowave was for. And in the midst of packing I certainly was not going to buy a kitchen timer! Fortunatly there is a software solution for that. Initially  ithought I wanted a silent timer  – but in some way I find the annoying ticking sound actually makes me focus – not sure if that will work long term but I have it turned  for the moment.

Options for the timer abound – I ltried Pomodeiro and FocusBooster both of which are free and run on the Adobe Air (so will work across most operating systems). Neither really deals with the reporting on the amount of work done though – or not in format I liked. There are quite a number of Pomodoro apps for Macs but the only software I found came close for Windows was PomoTime – I really like this software – again free and a very cute interface unfortunately it had a couple of major flaws for my use: only 7 items on a ToDo list a day and only one ToDo list a day.

However the developer did respond to my comments so mayit will be upgraded.

UPDATE: PomoTime has now been upraded I am using it in preference to manual method I described below – up to 12 items on the daily todo list seems to make all the difference – try it you may like – and its free!

What Pomodoro Technique Has Taught Me So Far

So what do you use for time management – have you heard of the Pomodoro technique before – like it? Used another technique that you’d recommend.?