Well oops – I see I haven’t done an online income post for a while – and now its the new tax year in Australia this is as good an excuse as anything to avoid doing my taxes!

Back in May I had some new goals – so lets report against though shall we – well it amuses me – sorry if you find it boring!

What has happening in the interim is that my passive online income has doubled from May to June.  My overall income including some freelance work was US$1400 – not too shabby really – considering where I’ve come from. OK I’d struggle to live on that amount in Australia, though I certainly could in some parts of the world, but at least its more than I would have earned on the dole! And I figure its just the beginning because certainly the passive component of that (about 50%) will only keep on going up.

Get those 10 sites up and running with backlinks built and starting their run up the SERPS.

Hmm not quite – “excuse” below

Build more backlinks to the hubs which make me money- after all they are hosted for free!

Thanks to the hubchallenge income this is where my time has been going – it started working for me so I focussed on hubpages for the last month or so. Yes I know I need to diversify – but I also need to build a winner while its working for me.

Looking to develop another website which will be more focusing on small real world business owners and micro-preneurs who don’t know where to start with ranking a site in the SERPS. Definitly there is scope here – I just need to focus my plan on this one.

Looking to develop a “real world” business of my own. I am considering starting doing some SEO consulting if/when we move back to New Zealand.

Maybe – we are in Australia now until at least the end of the year – I will probably combine these two somehow. 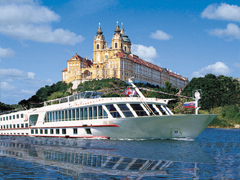