Well a little late but so long as I get this out before the end of April! In fact the last time I did one of these was 6 month’s ago!  Anyway its the end of the tax year here so I had to do some tax stuff first.  First off a huge  tip for any of you who aspire to wander around the world logging in occasionally to make a little more passive income online!  Sort out your tax status and try to be tax resident in only one country! After several years of doing tax returns in two countries I am significantly over it! 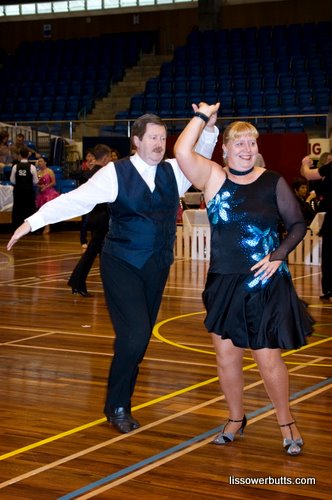 Now I did indeed write down my Passive Income Goals for 2010 so perhaps I should see whether I am quarter of the way there yet!

After all I only had three goals:

So I’m not too unhappy with the way my actual gross revenue is going – though I am now starting to track my expenses as well to make sure they don’t start creeping up.

I am still using the simple spreadsheet I described in my October post – for the end of the tax year I added up the income over the last year , converted to NZ dollars, and came up with a figure which strongly suggested I should start worrying about provisional tax!  For the record I have no understanding of people who whinge about paying tax – I am bloody delighted to be paying  tax – it means I am making some money!

Mind you my next step was to register for GST to minimize the tax I was paying by being able to claim 12.5%   (soon to be 15%), discount on anything I  buy in New Zealand. Then I bought a rather nice 21″ monitor!

I don’t know how they do it in your country, but in New Zealand (if your business is small enough) you get to choose whether to pay provisional (estimated) tax on what you have earned or what you have been paid. Given that most affiliate programs pay sometimes  months in arrears I chose a payments basis – which means I now have to run my accounting on a cash (payments) basis for my accountant – though I still will use the actual earning figures for my planning and personal gratification!

The irony of course is that people who skip paying taxes are also skipping the ability to legitimately deduct their expenses – even expenses they have anyways like rent and power and Internet!

What I am Planning for the Next Quarter

I am trying to get my passive income up a LOT for the second half of this year. My partner is not very happy with his current contract – I’d like to replace his contract income  and give him the option of not working. That would be the equivalent of an extra US$7500 /month that’s a lot for such a short time frame.

More realistic might be to make sure I can cover our total household expenses – I’ve been paying 50% since the beginning of the year – so to pay the lot would be around another US$2500/month – bringing my total monthly income to US$5500 – that’s a bit more realistic I think. So long as the US / NZ dollar exchange rate stays in my favour.

A Note About the Photos

I like taking photos – and I particularly like my new fancy camera,  but I don’t really want a separate photo blog like  Sire’s Scenic Adelaide or Todd’s Picture a Day blog about Iraq, weather and kids.

So I decided my long-suffering readers needed to see them, after all proper professional type blogs always have very sophisticated and shiny photos  which mainly look like they came from the same stock photo source. Mine are at least unique!   After all don’t you get tired of all the perfect  I think some of my photos should be forced upon my loyal readers – so – I started adding them in – around the time I moved back to New Zealand.

Sometimes the photos are a play on words, sometimes they’re allegorical, sometimes they’re random – you get to figure it out!  If I actually have real screen shots to illustrate a point I’ll use those. But most of the time waffling on about passive income online isn’t  that much of visual topic – so hence – the completely irrelevant photos!

Having just added all the thumbnails back in after swapping themes – it stuck me that not a lot of passive income blogs feature photos of Wellington and Australia – so you might have been wondering!

Its not just slackness that has meant I haven’t talked much about my income recently – when I was making  under $200/month from Adsense and Affiliates I wasn’t too worried about sharing that fact. Now I was a little worried that I sound a little arrogant talking about it – but I know the frustration of many beginners who wonder if they will ever see any believable income figures – which are over sabout $10/day – the level at which many bloggers quit at.