Thank you. The last email I sent out to the list was rather long, and had bad words in it. Frankly, I was not sure how it would go down. Given the choice I’d rather have put it on the blog, but there are some conversations I’m not prepared to have “out in the open” any more. If you want to know WTF I’m talking about – sign up for the list (under this post). Its the only truly G-monster proof place I have to chat. (No I don’t believe that Facebook pages are secure either, whatever their privacy settings).

What I got was a ton of replies – some from people I’m pretty sure have never actually commented here.  Thank you. Its nice to hear that I am sometimes useful.

A few days after I wrote my last post my premier travel site got damaged by the rampaging bird aka Google’s Penguin update – maybe. Its weird – its going up and down in the SERPS like front page, not in the top 100, and repeat. Not just for one search term – for ALL of them! There used to be a sandbox when Google wouldn’t  rank a site for anything for the first 6 months, maybe 12. That gradually faded over the last few years – maybe its been replaced by this ping pong effect? Making me dizzy anyways – was always crap at table tennis. 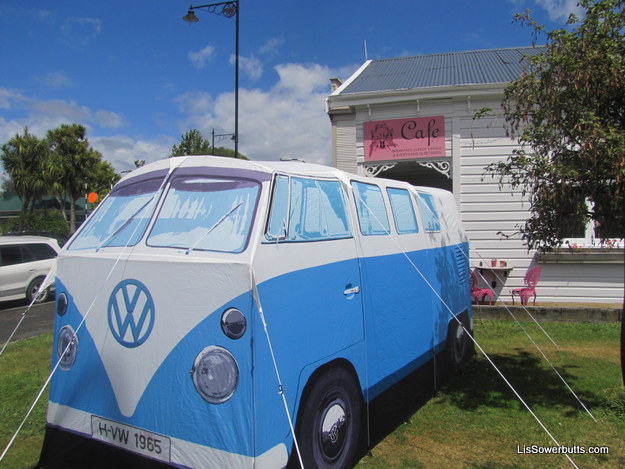 For the record I hadn’t used BMR on this site, but I’ve done some guest posts plus some good quality articles on relevant sites with key word anchored in-content text links. I’m seeing “phuket or koh samui” go between zero and 8 visitors a day. It was back to 3 yesterday. And when I check Google via proxy I’m sitting at #4 behind Frommers, Lonely Planet (legit publishing houses) and phuket.com – none of which I’d argue with. The page is better than it was yesterday where a bunch of hotel results were showing (not consolidators actual properties) which had both terms in their address, i.e. they had a hotel on each island – that’s not the answer to a query which is really the searcher asking which place has the better weather, or the better nightlife, or easier to get to.

BTW the very best information I’ve seen to date on Penguin was  on a blog I’d never heard of before, Microsite Masters – who actually analysed the data they collect for clients and reported the results of Penguin here The only thing I object to is the word “easy”  in their title. None are particular “easy” – but some are actionable so I will be implementing some.

A New Business Direction – I’m Out of Diversifying Niche Sites

Yeah – Google all those sites you just slammed – you can have them. But I will be getting my travel site back thank you very much.

But I do think its time for a bit of a change of direction. My 2012 internet marketing business plan just went out the window.  I’m not looking for new niches, and I’m not creating pure Adsense or Amazon affiliate sites anymore. I think its the high road to nothing.

Yes I have a cash flow problem – I guess some of you do to.  If I hit payout with Adsense this month I’ll be surprised.  I’m hurting financially. Let’s be honest here, I have partner who earns good money, and who can more than afford to support me, I won’t be in a tent any time soon. But I want him to retire.  I could cash in some investments, but we’re not looking at losing our home, and I forever thankful that I live in a socialist paradise that considers cheap medical care one of the basics of a civilized society.  And the frigging US$ keeps collapsing against the NZ$, thanks a lot forex markets.

But the game just changed – and its adapt or die time. So I’m adapting.

I will be focussing on two niches – this one and travel.

This site just changed – its not about making hundreds of niche sites and ranking in Google and making money.

Its about what I’m going to do to rank  in the travel vertical (I think that’s the marketing jargon).  I’m turning around some of the stuff that I’ve been adamantly against for years. I am going to try to be “branded” and a leader in the travel niche. I am going to be chasing social media traffic. But not exclusively. I’m taking what I know about SEO and I’m applying it to this business.  I figure the general approach will work in any niche that you know well, certainly doesn’t have to be travel.

Do I have a blue print? No not really.  I’m pretty much doing what I described in my making money with a travel blog post.

This site? Well its now about building a G-monster proof authority website that makes money. Without the cult of personality bullshit which seems to accompany so much of this.

I’m going to achieve this while remaining an introvert, who doesn’t want to go on a speaking tour, become the go-to authority for daytime TV in the niche, and frankly isn’t interested in getting out of their PJs before midday.

Its about taking the stuff that the blogging crowd has been talking about for years: “write and they will come”, “social media matters”, “the money is in the list”, blah, blah, taking the good bits – yes there are some good bits, and combining those with the best of SEO.

After all how hard can it be?

You might want to stick around for the ride.

You see I figure if I can make this work anyone bloody can!

So hang around – and sign up for the sodding list – because there is definitely going to be stuff I don’t want to talk about in front of the G-monster.

The passive income dream ain’t dead – but I think we just saw the end of the beginning.