Site Build It has been around for a while, the question is – is it a good way to make Passive Income?  There are some good parts to it. But that doesn’t make it any less a scam. I’ve thought about reviewing it before but now I am MAD – and Steve Pavlina is the reason I’m mad. I like Steve –  his motivational writing is great – but now he has sold out to the other side and is pushing the old Site Build It scam review bandwagon!

UPDATE: If you are late to the riot you may want to check the comments section and also the next post for the update on Site Build It scam review. 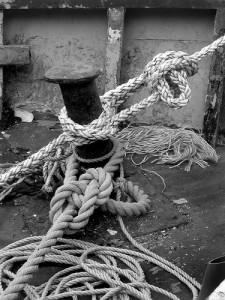 Your site all tied up

What is Site Build It ?

Its a “one stop shop” for someone who wants a website but doesn’t know where to start. You pay them a heafty fee- PER SITE – around $300 ANNUALLY. And for this sum you get:

Now if you Google for “site builder scam” – you will find a lot of  “reviews” which are just affiliate pitches.  Why? Because Site Build It pays affiliates around $75 a sale, and that’s an annual fee too remember. You don’t even have to be a user of SBI to be an affiliate – how can you sell something you don’t use yourself – that’s what I turned me off affiliate marketing initially.

You will find no link here for SBI – if you want to join – type in their url direct and then sign up as an affiliate and pay yourself the commission as a discount!

So Why is Site Build It a Scam?

So, no, SBI! is not a traditional scam. They no doubt deliver on what is promised – though you no doubt have to pay extra for the PPC champaign. Yes traditional hosting and free software won’t give you support on how to build your business.

But $300 for support is pretty darn expensive.

What Does It Cost to Build Your Own Site:

Yes its not all in one place, you have to learn to do some odd stuff along the way – but you are building a business aren’t you? SiteBuildIt is basically a franchise model applied to building websites – without the brand awareness that having “McDonalds” or “Avon” in your business does to customers in the real world. UPDATE: Its more like a cult – its a pretty scary one to, see the comments! Your visitors won’t feel more likely to buy from you just because your site is a “site build it!” site!

UPDATE: April 2012 The latest update of SBI’s software appears to have been a bit of a technical disaster. So rather than dealing with his customer’s complaints and sorted out the glitches, Ken Evoy has taken to hurling abuse at people who dare to complain that their website’s are broken -and has even, according to reports, banned some from the forums, and possibly even from SBI!

Think about it – do you really want to have your website held hostage to someone who behaves like that?

Yes they don’t promise that you will get rich in your sleep. Whatever tools you use to develop a website that’s the easy bit – getting the traffic is the work bit.

Bottom line with the  Site build it scam  you put the hard work in – you get your keywords to rank and you don’t own your website …UPDATE You do own your site but you are locked into the SBI tools and although you can take the actual words from the site and you lose the access to the tools that you use to maintain and develop the site.