I’ve used word processors and writing tools since vi and WordStar (ask someone over 40, kids) but this is not a history of software piece so lets look at what options you have for writing and why the answer is not always, or even often, Microsoft Word .  Word is everyone’s goto answer for any typing – but frankly –  I find it a poor choice for most of my writing, but most particularly for anything longer than about 5000 words.

A text editor is software that edits text (duh) – so it’s simple – although most will rise to a bold or italic – that is about it. Tables, footnotes, automatic table of contents, pretty headers and footers – no way. Just you and the words. Word is not a text editor – although it can save as text – most of the pretty formatting will of course be lost.

So why on earth would you use a text editor. Lot’s of reasons but my top five are:

WriteMonkey I use all the time, it’s old school just a blank screen (everything is on f1) full screen it’s about as simple as you can get. I think making it sound like a typewriter is funky (but you can turn that off), and it shows word and character counts, quietly on the bottom bar. You can do quite sophisticated tracking of your writing speed including a countdown timer for sprint writing and partial counts for that session.

You add simple mark up for bold and italic, and headings if that’s what you want. It does automatic backups YEAH. It’s actively updated and works on all forms of Windows including the latest Windows 8.

Good for short articles, including blog posts – because it’s just text it’s easy to cut and paste into WordPress without any weird formatting (try doing that with Word!) . Once I’m writing something longer than an article I prefer other options – see below

I’ve previously used Q10 – and reviewed it here – honestly I can’t recall why I swapped – they both have very similar features. Note I don’t use WordPad (included with Windows) – no word-count and no auto-backup.

The bad news? Windows only – the most often suggested for Mac option is DarkRoom

Better Than A Text Editor?

There are some issues with text editors.  It’s not easy to organise your chapters into a coherent whole, the lack of some form of outline can be a deal breaker. Ideally I want to be able tag chapters differently (“2nd draft”, “reference check”), see word counts for both parts of the manuscript and the whole.

I’ve used Scrivener for at least a year now and it’s very good. There are two distinctly different versions: one for MacOS and one for Windows. There is a version scheduled for iOS “late 2012” . It’s a full-featured package which pretty much does all you want. The Windows version misses some key features, like flexible formatting for eBooks and exporting to shared drives. However for writing I like it because of:

It’s not free – it costs around $45 from LIterature & Latte (evil affiliate link click back to the front page for the free trial download (yes their affiliate system is crap)). However download the free version and you have 30 days of usage (not elapsed) to try it out before deciding if it works for you. 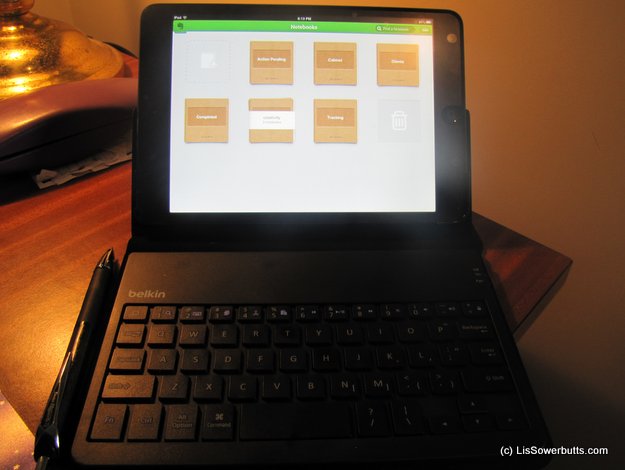 I’m not quite sure why I’ve only just discovered Evernote – it’s now indispensable to me for all sorts of things like notes, to-do lists, journals, and stuff I may read later. However it’s also not a bad drafting tool and because of it’s truly flexible tagging system you can build an entire structure of a book in notes if that’s what you want to do. Plus there is a whole community of fanatics so if you Google you will find how to write a 90,000 word book in Evernote .

It’s syncing across devices is particularly awesome – so if  you use a number of difference machines to write on this could well be worth looking at.

Price: free, or $5/month for the pro version (which I have)

If you are running a blog you’ll already be very familiar with WordPress. In many ways it’s a reasonable place to write a book. You can either publish “chapters” as posts as you go – or just leave them all in draft. Hell you can even share them with selected collaborators using WP security. And there are tags and categories to manage the process. Their are even plugins that will help: I played with Anthologize and liked it.

WordPress is of course free.

Before you commit to any of these solutions consider how you are going to manage the entire workflow from draft to beat readers to editors to formatting and publishing.