I cocked up a client’s site today -well not their site -the new website is just fine and they are happy, but I stuffed up their email. I hadn’t realized that I needed to add a MX entry to redirect the mail sub-domain to ensure that mail still went through their current provider. It took me a few hours to figure this out between several calls to find out who the email provider was and then get the right tech details from them, and a live chat session with Hostgator to make sure I didn’t fuck it up further.

I was working under pressure, people’s email was heading out into the interstitial void instead of their inboxes. I didn’t know WHAT an MX record was at the start, I just knew I must have caused the problem. I chased the people I needed to find the right technical info, I learned a lot about how email works on the Internet, I implemented the solution.

I focused and worked and sorted it out.

I looked up after 3 hours, decided the dog needed a walk and I needed a coffee.

Then I wondered – why? Why can I focus that well on a technical problem, and yet I struggle so much with focusing to write the bloody books I need to write, develop the sites I need to develop. Get to the income goals I need to reach?

As I walked I thought about why I was good at technical support. 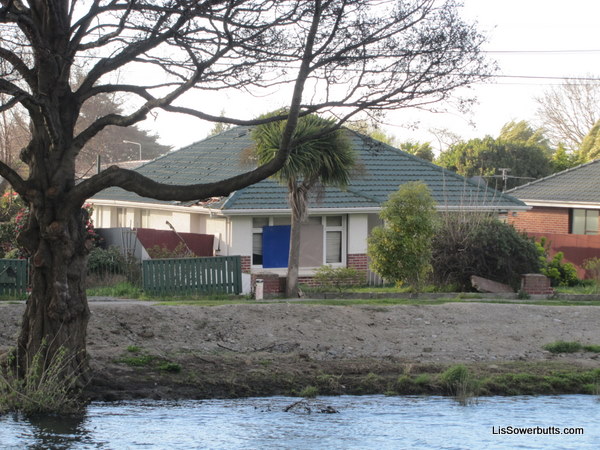 I learned how to do technical IT support before I even knew what the job involved. I arrived in London in 1986, with no money, the right to work, and desire to work in London and not the North Sea (thereby precluding working in my actual profession – geology).

So I became a typist, a legal typist to be exact, it paid better. I could touch type, I re-did my resume and I started working for a small agency based in the City specializing in secretaries for legal firms.

This was before Windows was invented (yup Word was not the first word processor. Google: DisplayWrite, WordStar, Word Perfect). I ended up being their troubleshooter – there were bazillions of WP packages and quite a number of operating systems (CP/M anyone?). No standard operating system, no plug and play printers. The “network” was large floppy disks, usually poorly labeled. There was no email, or google to find the answer. They’d usually lost the manuals. If the secretary was away and the partner needed a contract printed out for a client – they needed me. It was fun, I had no fear, and nothing to lose, I was well paid and I learned a ton in a short space of time. I don’t remember ever failing either.

A few years later, back in New Zealand, I set up a unix network from scratch. By myself, with a mixture of toll-calls to the supplier in another town, and the manuals. It was mission critical, and it worked well. I had no unix qualifications, no experience, in fact I didn’t know what a systems administration WAS, but someone had to do it – that turned out to be me. I worked stupid hours for months, I was well paid, I learned a ton. I don’t ever remember thinking I would fail, or what if we didn’t get it working right, or what would happen if something went wrong.

These days you’re not allowed administration access to similar servers unless you have a several qualifications, and lots of years experience. From what I’ve seen in more recent work places, they fuck it up more often than I did. But at least there’s always a paper trail and someone to blame. Must truly dreadful doing IT support these days for most corporates.

Which gets me back to – WTF does Lis’s ancient history have anything to do with making money online? It explains something – well to me anyways. It explains why, when faced with a white screen where a website should be, I fix it. When the emails get lost, I find them. I don’t panic, I don’t worry about whether or not it can be fixed, I just find out what I have to do, and I fix it.

So I have this other problem. My income has declined significantly this year. There are three main reasons:

The first two were out of my control, the third was simple ROI investment decision.

The net result was that last month, for the first time in a VERY long time, I spent more money than I earned.

So what did I do – did I deal with it by say, figuring out what the problem was, finding out the solution, and then working hard? You know just like when I had to do technical stuff which scares the crap out of lots of people?

Nope – I panicked. I couldn’t focus, I flitted from Facebook to Twitter to G+. I wasted over a month.

And the really, really stupid thing is – I don’t actually have to problem solve. I know how to fix my income problem, I need to build more websites, build more backlinks, write more books, sell more books, and ensure people go Christmas shopping while using my Amazon Christmas link!

I just have to do the fucking work. How dumb – one wasted month. Time to start writing.

If you’re bored with the making an income online – you are bored with life in my opinion. Normally I stay out of the day to day online dramas – but hell – what the heck – so here’s my thought of the day.

Today a blogger (and I’ll get to that term later) – wrote to me and said he’d removed a post, that I’d commented on. The post was written celebrating that he had resigned from a job that was “sucking the life out of him” – it rang a very loud bell with me – so I commented. Then he deleted the post – because the company that he hadn’t named was threatening to withhold his final pay (and his name isn’t on the site either). Now he probably shouldn’t have posted until he had the final check cashed, but either way the company was bullshiting – and he fell for it – it happens a lot online.  Bullies win, because people think they need permission.  I hope he puts the post back up once he has his final pay banked.

I don’t like bullies, I’ve mentioned that before. Its one of my trigger points, bullying.  My bet is that anonymous blogger’s boss was a bully in primary school too.

But online bullying is hard to do. Because bullies work by playing on people’s fear. The victim wants everything to go away – unless they stop and think, and realise that the free speech is a what most of us think is the basis of a decent society.

And writing your opinion of what you think about a product or service, on your own blog, is the right of anyone really.

Here are some of my opinions:

You may chose to disagree – but I warn you now – any pro-rugby comments will be deleted forthwith! 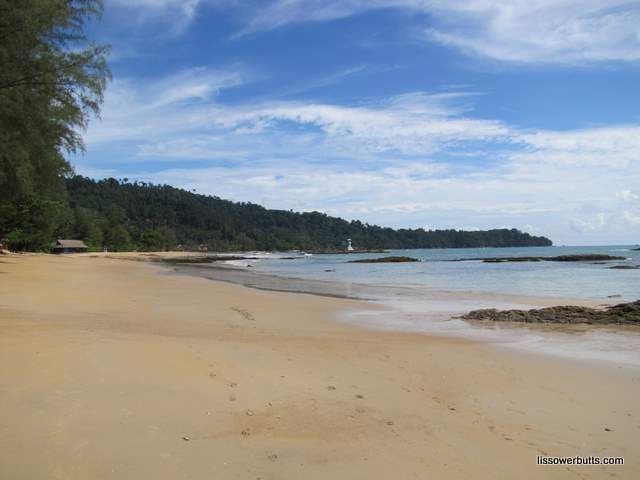 Tropical Beaches - the only one's worth swimming on!

There’s an awful lot of people out there who are looking for a work from home opportunity – it seems quite a lot of them can write passably well. So they believe that they can make money writing for revenue share sites such as Suite101, eHow, Squidoo, HubPages. Scam  or for real?

I used to promote HubPages on this site – as a way to make money -because I earned my first online money with them.  Now I don’t. Because they have made changes to their site and their terms and conditions, which I don’t like. And there is not a darn thing I can do about it.

And don’t just own your website (hosting and domain name) – make sure you own the technology behind it. For example if you use a proprietary site builder like – hmmm, let me think,  Site Build It!, and for any reason you decide to leave the program – you will have to move onto another technology (I’d recommend WordPress). This is of course entirely possible – if you are pretty technically able, which you probably aren’t as a newcomer. You will have to pay someone to do it right, and if they aren’t very careful you will lose quite a lot of your rankings. If your site is large, you might even find that paying $300/year for your site’s hosting with Ken Evoy, will be cheaper than moving to to your own hosting.

Let’s get this very clear. I am bored to tears with SBI!, sitebuildit, Site Build It and related keywords. I’m not writing this,2 1/2 years AFTER my first post on the topic, to re-kindle the fires.

Dr Ken Evoy did that. Read the first link to Ken Evoy Googlebomb. Let’s be clear – I really don’t care if Evoy has declared war on Google, let’s face it, Google probably doesn’t care either.

What I care about is that Ken still doesn’t get it. He doesn’t understand that the reason that my original post has dropped into obscurity, its nothing to do with the original post – its because of the appalling behavour of his hit squad that descended on my site. This is, and has never been, about the post – its about the comments.

I thought maybe he’d figured it out – after all he’s a smart guy. But apparently not.

He is rallying the troops again. The same goon squad is currently forming in the private SBI! Forums and he’s telling them to start attacking my social media profiles and to write pro Site Build It Reviews and link to them. The reviews I don’t care about.

Though there has always been plenty of positive SBI reviews out there – that was what started this whole saga – there were ONLY positive reviews.

Still I don’t give a shite – but it bothers me that third parties are scared for me – scared enough to contact me and warn me, genuinely.

Its still bullying guys – and it still doesn’t work.

Abusing how I look – why would I care? I have spent nothing on my appearance ever – I think I’ve had good value for money.

Praying that I or my family die of cancer – yeah sweet – confirms everything I’ve ever thought about the religious fringe – glad they are not on my side – don’t want to spend eternity with you either.

Oh and yeah – maybe before you do anything your favourite guru tells you to do you might want to watch this:

Debate is fine – bullying is not – its not hard to tell the difference – discuss.