I have been pretty much off grid doing the holiday (vacation) thingy. But I am beyond angry so I need to blog about it – if you don’t like bad language – back button now!

A few days ago Grizz made an interesting post about how he became one of the good guys in the Make Money Online niche – and why he walked away from it. Go ahead and have a read – a genuine apology – even though many of us considered it completely unnecessary – after all I’ve never paid Griz a cent and he’s partly responsible for the decent online income that I make these days.

To be honest his original post freaked me out a bit – maybe I was delusional that my little mini-sites with lots of links would make me money. But Google keeps sending money to my account – the evidence told me that his original methods work just fine – for me anyway. Griz’s business has changed – he appears to have found a way to combine golf with making loads of cash – good on him – but no amount of money is worth learning golf as far as I am concerned.

He wants to change the direction of  his business and has decided to share that info with the rest of us. For free as usual – as I said Griz owes no one an apology.

But I am not angry with Griz.

What has been out of the pub in Ireland and online is the comments on his post – specifically several comments from Ken Evoy. For those who haven’t been around for a couple of years – you may may not know who the hell Evoy is – he’s the owner of Site Build It!

For the back story – Griz summarises it quite nicely here: Site Build It Review.

I wrote a post a review of Site Build It – it wasn’t a good post (I’ve tidied it up a bit over the years) – it wasn’t well researched – hell it wasn’t spell checked. I would have been turned down by 1/2 of the owners of Postrunner sites!

That post ranks #1 for “site build it scam” to this day.

It ranks because of the backlinks to it – the back links orchestrated by Vic and Grizz. The entire exercise taught not just me, but many others the strength of relevant backlinks to promote content on the web.

Evoy’s initial comment was congratulating Griz for turning to the “content is King” side – whatever you want to believe, but everyone should note carefully what Griz does and read very carefully between the lines. (Note I have my own views but the Guinness is calling so that will have to wait).

What I am furious is his his next comments (well more like essays really)- which rapidly turns into a defense of SBI’s outrageous pricing structure ($300 per a Website/year).

The justification for the pricing is – (much paraphrased) – this is how Site Sell makes it money. My business model requires it. Yeah make your own choices about supporting Evoy’s lifestyle. (Oh and yes they do fire people who don’t get on in the group hug of the forums – as mentioned by Evoy).

I could debate this again – but frankly if you aren’t prepared to learn how to install WordPress on a hosting account – then you really should probably look for a different scheme to make money online.

Its not just that this is the same old, repetition of the SBI! marketing ptich – its the fact that all of this is happening on Griz’s apology post! That’s why I am not debating this on Griz’s post – its not appropriate. So Ken Evoy – here are some simple blogging etiquette hints – you may want to incorporate them into your training manuals – I am sure you can expand these into at least 2000 words of content.

Enough said  I think – I’ve seen outrageous comments before – but Ken you beat the lot of them – and you claim to teach people to build a business – that’s just tragegic!

If you found this post because you were googling “sit build it review” – then please consider what Ken’s own online behavior tells you about him and his company ..

There you go – just when you thought I was behaving – here is the mother of all scams – and this one is an official scam including lawyers! My friend Allyn on his gay vblogger site brought this one to my attention. Basically a small craft brewer in Vermont is being threatened to by a cease and desist letter from a crappy energy drink manufacturer called Monster Energy – like duh – I had to look up the Monster Energy crap up in wikipedia – but its one of the those high sugar, high caffeine things which has nothing do with alcohol – beer does – Apple can’t stop the New Zealand Apple and Pear Marketing Board using their trademark – and neither can an energy drink go after a craft beer brewer in Vermont: Apple computers and the fruit are different: so are energy drinks and beer LOL

So this is a basically a bully-boy tactic – oh can’t afford $65,000 a court case – back off now! So much for the myth that US is  the land of the free and particularly the land of the entrepreneur. 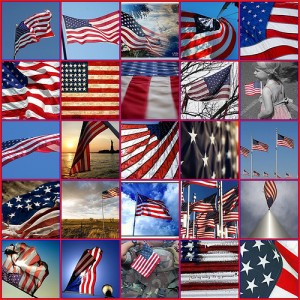 Land of the free? Only if you can afford it!

Over the last couple of years of being online I have learned a lot more about America than I ever new before. Quite frankly I have become increased amazed at just how hard it is for you guys to run an online business or any other sort of business.

Its hard for you to get started – because your wages are so low – cleaning toilets in Australia pays US$17 / hr – there’s no real safety net if you need a bit of part-time quick cash.  Your barriers to being in business are extraordinary high – you pay higher taxes as a self-employed person, its expensive and complex to file taxes,  you have to worry about getting health insurance because you can’t afford not to be insured. You need lawyers and liability insurance because of – well the lawyers really.

And then you make a success with your craft brewery and take it from a one-man basement operation to a 10-person small business and this carp happens!

Well luck for this guy – there is a way to stop this – bad publicity is really bad for trendy drink manufacturers – so could you please promote this guys site – (not this post – go thru to the guys site The Vermonster ) and twitter, facebook, build anchored backlinks – whatever you need to.

I think Americans should stand up for your rights in the “land of the free” – and the rest of us should help out too – cause that’s what mates do. And as  William Shakespeare said: “The first thing we do, let’s kill all the lawyers.”

Further Update: it looks like Rock Art Brewery vs Corporate America may have ended in a win for the little guy!