Today’s post is a little different – because I didn’t write it – a reader did so this is my first ever guest post on Passive Income. 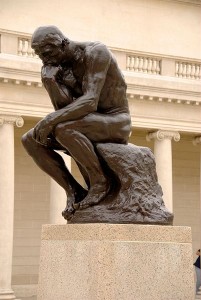 I don’t know Ray but he wrote to me asking to put this post up because although it was originally published on his SBI! site – it was about to be lost to cyberspace because he’d been unable to liberate it from the clutchs of the evil one (well he didn’t actually say that because if you continue reading you will realise he is much better at the English language than I am, but you get the general idea!).

The post deserves much better than that so enjoy –

My One Year With Site Build It!

This post is not a phony review with a sales pitch at the end, and I am not writing this so that you’ll buy SBI! through an affiliate link.

In fact, I’ve never been an SBI! affiliate, nor would I ever be an SBI! affiliate, because I think SBI! is a very mediocre product. I now speak from one year of actual experience. Definitely, “for what you get,” as the SBI! folks like to express it, it’s not in my estimation worth the extravagant price tag, which is $300.00.

I will tell you also, right here in the beginning, that making money was not my primary motive in building my SBI! website, though I was certainly open to that possibility. My site, the-thinking-man dot com, was written entirely by me, and it cost me a great deal of work. Counting the blog, it contained over 200 pages of real content, covering all the four major branches of philosophy (metaphysics, epistemology, ethics, and politics) as well as the two main sub-branches (economics and aesthetics), with numerous articles that elaborate upon each of these subjects.

After one year with SBI!, I can confirm that my initial impression was correct:

There is unquestionably a cultic aspect to the program.

SBI! is not, in my estimation, an outright cult. It’s cultic in that self-help, motivational-speaker, twelve-step sort of way — as opposed to, for example, the more in-your-face type of cults, like Heavens Gate.

And yet as Eric Hoffer taught us in his excellent book True Believer, cults are never the same in terms of specifics but are almost always united in principle. There is, in my opinion, something decidedly Amway-like about SBI!

My second biggest regret is that I missed the deadline for a full refund. I say that in all seriousness, because as soon as I was able to begin building this website in earnest, it was approximately six weeks after I’d made the purchase; I realized immediately then (reading the so-called Action Guide, the SBI! Forums, and especially a long and unpersuasive article by Ken Evoy himself which attempts to pigeonhole anyone who doesn’t like SBI!) that SBI! was a $300.00 mistake. That conviction has only deepened as the months have passed.

Until four days ago, however, I had not planned to write anything about any of this and had even resolved to forget all about it. And then I saw Ken Evoy’s comment on a blog I’d never read before, a blog someone forwarded me the link to because, as coincidence would have it, I’d asked this fellow if he could help me transfer all my work to a new location, since SBI! offers no Import/Export function (among a litany of other things, like a decent blog or the capacity to attach a forum). I was simultaneously stupefied and sickened by Ken Evoy’s threat to sue for “defamation and slander” — not (Evoy hastens) that he’s a litigious person by nature. Yes, of course. He was just so incensed by this obscure blogger (I, at any rate, had never heard of her) daring to speak poorly of him that he almost got litigious, even though he’s not that way by nature. It’s all perfectly logical. That lady, after all, wields a great deal of influence and holds so much sway over so many people that Evoy is justified to sue her for defamation and slander — not, of course, that he’s litigious enough to actually do it. Just saying …

I wonder: Does Evoy realize the magnitude of his miscalculation? Does he know what a fool of himself he’s made? I honestly do not know.

Does he know how appalled I and so many others were to see his comments and the subsequent comments of his sycophants? Does he know how thoroughly he beclowned himself, despite the fact that the majority of points this blogger made against him were incontrovertibly incorrect? I do not know.

The fact that Evoy even bothered to reply to this post at all — at the SBI! forums or her blog — tells us everything we need to know. It tells the entire story and then some. The ensuing comments — beginning with Evoy’s — changed everything.

To the reader who does not know SBI! but is curious about it, there are a number of specific examples I could give from my personal experience after one year with SBI! to illustrate precisely why, in my opinion, it is cultic in the ultimate purport (and I’m not just referring here to those well-documented cult signs such as, for instance, exclusive jargon and neologisms, like as “Action Guide,” “BAM,” “Brainstormit,” and so on); and yet only one example is I think required. It happens to be the one that first tipped me off, about 40 days after I’d purchased SBI!, and candidly my heart sank when I saw it.

It turns out that Ken Evoy is an explicit admirer of a New-Age pseudo-self-development quack, a half-militant vegan and fanatical raw-foodist named Steve Pavlina. Steve Pavlina, incidentally, has also toyed with some very extreme quackery like breatharianism and inedia.

Pavlina, like many cult leaders, has in addition to everything else found a number of tortuous ways to rationalize his embarrassingly public decision to cheat on his wife.

All this, as you know, is standard procedure for cults of all flavors and varieties, and there is absolutely nothing original here. Indeed, it affronts us with its banality.

The jaw-dropping part is that anyone, let alone a medical doctor like the owner of SBI!, Mr. Ken Evoy, could be duped by such an obvious fraud. And yet duped he was — and is, apparently, at least to judge from his comments on the previously mentioned blog, which set Evoy off half-cocked in the first place and precipitated his very misbegotten comment.

I was familiar with Steve Pavlina long before I’d purchased SBI!, and I greatly deplore the fact that I didn’t realize beforehand that Steve Pavlina and Ken Evoy were as cozy as lice. Had I known, it would have saved me a year of folly.

To give you a few other relevant facts about Steve Pavlina, whom Ken Evoy admires so much, he has also admitted on his blog that he has no good understanding of economics or politics, both of which, however, are significant components to the science of philosophy — a fact I mention only because self-development (like everything else) is deeply rooted in philosophy.

Pavlina’s metaphysics are a sloppy admixture of New-Age neo-mysticism and astrology. He admits openly that his metaphysics cannot be proven or verified by any ultimate test, and he is correct: it’s all arbitrary assertions without hard data. That fact alone should make you run in the other direction.

Accordingly, his epistemology places “intuition” above reason, and he often speaks of such things as “psychic pings” and other like nonsense, all of it bunked a billion times.

Pavlina is also fond of such fashionable quackery as numerology, which is why he displays 11:11 at the bottom of his web pages.

Steve Pavlina tells his readers how to find their purpose in life thus:

1. Take out a blank sheet of paper or open up a word processor where you can type (I prefer the latter because it’s faster).

3. Write an answer (any answer) that pops into your head. It doesn’t have to be a complete sentence. A short phrase is fine.

4. Repeat step 3 until you write the answer that makes you cry. This is your purpose.

This is the sort of pablum that appeals to charlatans and sheep, but it is hardly sound doctrine. The writer of that pablum, Mr. Steve Pavlina, is the fellow whose sentences Ken Evoy was finishing, as he never tires of telling us, the first time the two ever talked, and vice-versa. Touching, isn’t it?

Yet it may not be what you want from the owner of your business-in-a-box.

Site Build It! is not a scam, in my opinion, and it’s not, strictly speaking, multi-level marketing, but it has elements of both. It is, in any case, not, as far as I’m concerned, worth a fraction of your time and money.

Please visit me now at my brand new website, which cost approximately $220.00 less per year than this mediocre SBI! site. And don’t forget to buy my new book, published by Pearl Button Press.