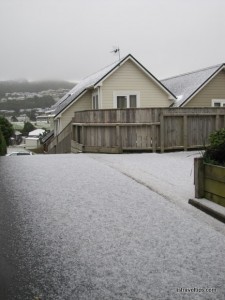 Some times it doesn't just rain, it hails

My September Stats are rubbish:

Frankly I’m surprised that the UK sales are doing so (comparatively) well – for a book that is such an American search term- just goes to show that the English can read American but not the other way around.

I didn’t sell anything directly from smashwords.com – but thanks to their distribution system which sends my books to retailers I can’t get to  apparently back in August I also managed:

So yes I guess it is worth getting your book formatted right and into their premium catalogue!

What I do have is a promotion plan going forward, I’ve developed it while avoiding writing the other books – because my brain does stupid stuff sometimes.

I’m building an email list. Its something I’ve resisted for years. As part of my “I hate marketing” mindset I of course particularly hate marketing email lists – after all I’m bloody expert on them – I am forever subscribing to them 🙂

But I have a new approach – and its not spammy, and its something I’d even admit to in public. It provides value to the subscriber AND its not even additional work for me!

But I’m not telling you the details. Why not? Its not original – the idea was provided in Zen Duck’s Forum – for free – you might want to check it out – and no that’s not an affiliate link. Really I’ve been in a lot of SEO forums over the years, kinda been there, done that. But Dave bullied me, and then he gave me a free membership, and I’ve got my money’s worth. I just think you would too.

Hell I might even get so enthused to start of a mail list here too …. just kidding, maybe…