Well from the looks of their front page  Rock Art Brewery is claiming victory in its Rock Art Brewery vs Corporate America little fight over the Vermonster beer trademark – in fact you can even buy the T-Shirt – though I am alittle sorry to see apparently it was ‘America’ who saved them – I thought it was all of us – after all Monster Drinks sell their camel piss flavoured “energy” drinks in Australia too!

They bet me to it really cause I really wanted to do the follow up for the double-indexing but also to get some link love out there you know! In fact it was interesting little storm – who would have thought that Victor Franqui could write an entire post without swearing once, and giving those to care to read a quick lesson on US-based trademark law. 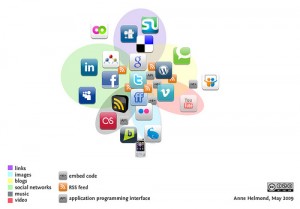 Some other excellent blogs that you should be reading:

Phil who likes to say “I  Need Money Now”

Joomla Templates had an opinion (and can tell you what Joomla is too…)and he’s a fellow Kiwi – all good!

John has some great information and advice for small business owners

The coffee blog didn’t see Monster Energy drinks as viable alternative (got to agree with that!)

Poor and angry is ropable (what I think an American would call pissed but pissed down under means having consumed one too many Vermonster or any other beers! )

Oh and the Grizz got in on the act as well – but I am not linking to him cause he thinks the twitter game is pointless so how will I ever make a zillion dollars flogging a get rich quick twitter book now ?