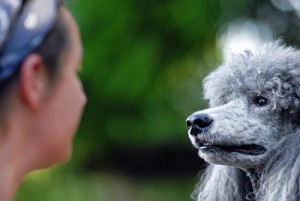 Is this the biggest hoodwink of the entire Internet ? We all know that Grizz is the guy that doesn’t do blogging right – he has an ugly blog, it took him ages to get on twitter, I don’t think he’s even on facebook! You can’t take someone seriously who won’t pay for his own domain and hosting can you – not really!

Well today I watched an absolutly fascinating video from Allyn at Bloggerillustrated titled Social Media, Internet Marketing, Organic Marketing and Digital Fellat…. (yeah if your English is not native you will probably NOT want to Google the final word at work..) Basically Allyn compared the visitors he got from a link from Grizz,  to the traffic Allyn’s friend BloggerLens got when Chris Brogan – Mr Social Media himself – picked up and republished on his blog BloggerLens’s Chris Brogan Trust Agent Spoof Video . The traffic figures may surprise you, a lot – short answer – RSS feed subscribers mean nothing.

Allyn’s figures don’t surprise me at all – Grizz put this blog on the map. Before Grizz picked up on SiteBuildIt! post I had under 10 visitors a day- the day he mentioned my Site Build It post he said around 300 visitors directly from his blog to mine. Now I got a lot of traffic from other sources as well from that post but the single biggest source was Grizz.

I’ve been accused of being a mindless groupie of foul mouthed Puerto Ricans and ocaisionally rude, but usually polite, Grizzly’s – that’s half right – I am a groupy – those guys tell me to do it I’ll do it – why?  Because I am their engaged customer in marketing speak – in plain English they helped me when I needed help. They answered my questions in comments and forums,  they helped me without being asked when I really needed it  they asked their followers to help me – many of which did – even when they disagreed with me. Oh and the stuff they teach works and makes me money – that helps customer loyalty quite a lot really – odd because Grizz has never actually sold me anything …

They are real leaders because they tell it how it is – its not pretty – the language is not G-rated sometimes – but the reason my language is bad on this blog – is a reaction to the smooth, elegant sales talk that A-List products like Teaching Sells –  Allyn makes the point exactly – 28,000 subscribers and Chris Brogan has 20 comments – NOT one of which he responds to – says it all really – I wonder what would happen if I subscribed to his blog, followed him on twitter and then asked him a question on twitter – do you think he’ answer? Do you think he’d link to me? Yeah me neither! I remember when Grizz first linked to me – I couldn’t believe one of the big guys would do that – it was almost like he cared or something – like he was a real person not just a blog about making money online.

And Grizz with his ugly little butt-ugly, boring, free blogger blog sitting at the top of “make money” in the SERPS – it makes him good money – but oddly enough he still has time for the little guys – now thats what I call the most ironic anti-marketing social media joke – and its not on him!