The whole Copenhagen/ Climate Change is tediously boringly dominating the Australian news at the moment. Its right up there with the irritating Christmas carols in the malls. So you have to love the people who combined the two annoying things to come up with a rather good youtube video:

What gets me – is that we have all (most of us anyway) – have been there before – remember the y2k bug – the issue with the year “clicking over to “00” running computer programs first written in the 1960’s and therefore bring Western civilisation to its knees: nuclear power plants would melt down, electricity girds would fail, planes would crash mid-air as air traffic control systems failed. Most businesses in western countries spent billions of dollars on consultants and billions more on fixing the so-called problems. It was indeed an excellent time to be a computer consultant! Consumers hoarded water and vital supplies – y2k kits were popular Christmas presents for 2000 – perhaps they can be recycled for the forthcoming 2012 disaster?

The trouble was that it all sounded plausible to the non-computer programmer i.e. most politicians, journalists and CEO’s so they reacted to it.

Not every country bought into the y2k hysteria. Italy – said decided to pick up the pieces afterwards – they figured it would be cheaper. Guess what they had to fix – next to nothing! Notice how the lights kept working, the water kept flowing and the planes didn’t fall out of the sky?

I was looking forward to seeing the aftermath in the media – the examination of why so many peole were conned fo so much money – never happened though – never saw a sensible piece of discussion about why y2k didn’t happen.

And now its 2009 and global warming is a crises – sea levels are rising, ice caps are melting and its all the fault of  anthropogenic (man made) effects.  Don’t get me wrong – I do think the climate is changing –  if the climate stopped changing we would be serious trouble – Mars has a stable climate – no oceans = stable climate . Earth doesn’t – only 10,000 years ago Europe was covered in glaciers. Only 300 years ago the Thames routinely froze. Many people who were children in the 1930s in New Zealand remember long hot summers – they told me on rainy days in the 1970s when it was too cold to go to the beach. To this day I am unlikely to swim in Wellington again 🙁

Thw whole golval warming debate is a worse beat up than the y2k debacle – that at least had a a fixed end date! This could go on for years.  Its also complex and even climate scientists don’t understand how the atmosphere works in detail – look at how rubbish we are at predicitng weather! The climate is dynamic and changes – sure man effects the climate – the introduction of camels, horses, and other cloven hoofed animals to Australia – a country who had no animal with hard feet before the Europeans- has done irreparable damage to the country – just ask the people who were living there at the time! The  animals destroyed the top soil – the vegetation was destroyed and replaced – now there are bad dust stroms – cuased by man – certainly – caused by climate change – doubtful!

Is there drought in Australia? In the Murray Darling maybe  – in the north  where the fertile land is and the arms aren’t – no. Anyway you can’t tell unless you have at least a few hundred years of good quality data – wherei n the world has that? Nowhere. 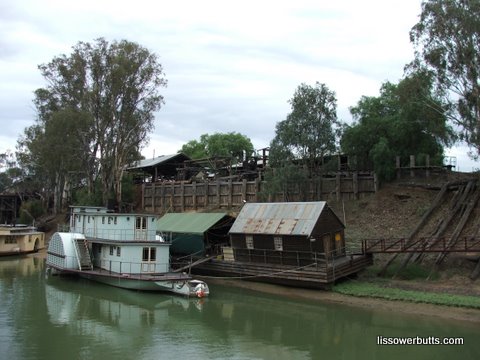 Is sea level rising – maybe in Tuvalau and the Maldives  (or is the land sinking? the effect is the same for the local population but cap and trade regimes wouldn’t help them)- there is no record of it doing so in Australia. The beach I knew intimately as a child  in the 1970’s looks the same today.  On the other hand the whole shoreline changed dramatically in about a minute in 1841 – earthquakes have a much greater effect on coast lines than sea level. Venice has been sinking for  500 years – nothing to do with cows farting in the US – more to do with too many heavy buildings on poorly compacted footings and made worse by the amount of boat traffic in the lagoon.