You know at the moment this is the only 1 of my sites which is absolutely 100% working! Why? Because over a week ago I decided to move hosts. My current host hasn’t given me any grief, but it doesn’t have a couple of industry standard tools such as CPanel (a way of managing your site) and some standard statistics packages. 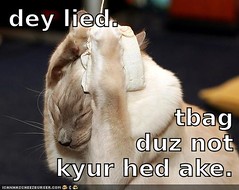 move sooner rather than later – and anyway the host I was moving to is supposed to have fantastic customer support and will move my sites for free.

Now if my sites were just static websites there would have been no problem at all: moving a bunch of files from one host to another is dead easy and it would have taken about 10 minutes tops. Unfortunately though WordPress blogs and BANS sites both use databases to hold you content, comments, well every thing important really. The issue is that the new site had a totally different set of naming standards for databases – so I couldn’t just copy the databases over.

Fine I thought – cut my losses wait the 72 hours get support to do: which they did within the 72 hours. So I went to check, no some bits working but most broken. Like my personal blog is fine except the plugin that manages my over 500 photos scattered throughout more than a year of posts doesn’t. The plugin just plain refuses to work on the new host: why – I don’t have a glimmer of an idea; they all run the same operating system – linux, the host is supposed to support WordPress – lets face it they wouldn’t be in business if they didn’t – but a really common plugin just fails to work!

One of the frustrations of being self-employed is issues like this: I guess this has lost me all of my productive time this week. Even this blog which was actually starting to get a little bit of traffic has nose-dived because I haven’t posted for days – which is fair enough, but guess it just points out how fragile building a business is.

The percieved wisdom is that you won’t succeed without determination, and quitters never win. But the converse isn’t necessarily true either: those who persevere aren’t guaranteed success either. What do I know having sunk a week of time and $16 into this new host. To I walk away, cancel next month’s payment and never know if 1 last email would have fixed the problem: or caused to to waste another 10 hours?

On the bigger side of self-employment: do you stay with your existing trickles of income: not because you know you can grow them: you probably can’t but because at least they are certain. Or do you neglect your existing sources while trying to develop new business models with no idea at all whether the new technique will work for you?