I originally published this post in November 2011 pointing out that people really didn’t understand how to use link networks. I’ve now updated it = UPDATED: March 2012 after Google de-indexed Build My Rank

OK guys apparently the world changed and some of you didn’t notice. Ironic really, I’ve heard plenty of people whinging about not being able to get good backlinks. Or asking for alternatives to Build My Rank because the BMR blogs didn’t look “real” and weren’t niche specific.

There are two really obvious things that are apparently from Google’s swipe at backlink networks. First obviously backlinks from these networks were effective (otherwise Google would have just ignored them) and, in future you are going to have to play smarter. 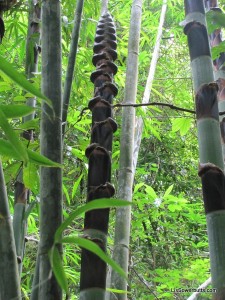 Build My Rank was not the only network to get deindexed and devalued, it was probably just the highest profile one amongst the make money crowd. SEO Nitro, SEO Linkvine. The sites that have not got hit are generally keeping a VERY low profile.

This is quite specific – Google isn’t targeting spammy backlinks from forums, automated bookmarking or the other stuff you can buy for $5 at fiverr.  People who have spammed the hell out of their own sites are reporting no drop in rankings and no nasty messages in Google tools about “unnatural links being noted on their sites”

This is all about networks which insisted on 150 -odd words of unique content. Google has found them and taken them down manually.

So what do you do now to rank – what are the alternatives to BMR?

Yeah I know I probably just lost 90% of you. And no I’m not saying you don’t need backlinks – what I’m saying if you write really good content, engage with your readers, and be genuinely helpful. You will then, over time get natural backlinks, when people link to and promote your content. Its a sound approach, which will take a while, but at the end, you will be mainly Google-proof.  Not entirely – because you’d be an idiot to trust Google after this week – but a lot more than if you just have a mini-site of thrown together content that you don’t actually know much about.

If you want to learn how to develop a long-term, high quality websites – CLICK to check out the Keyword Academy

I started a new site – 3 weeks later it was a PR3 – nine months later its still  PR3 and on page 1 for its desired keyword? What did I do? I gave it one single link from a PR3 site which I controlled which was relevant to the niche and didn’t have too many outbound links.

It not rocket science, it hasn’t changed any time recently. Some links are more useful than others. When you have access to strong links you will find it easier to rank your websites.

Getting just one really, really good backlink can do more for your rankings than a 1000 crappy links. It will also look more natural to Google.

How do you get those links? Well as I said above the best way is to have such an awesome site that people in the same field WANT to link to you. But you can hurry up the process a bit. Its not rocket science. Its called guest posting. Try to find a blog who will accept a guest post from you. You’ll have to write really good content. You’ll have to make it possibly even more useful than the stuff you would publish on your own site. And in return they will give you a link. And you know what – you might even get visitors from that link – there’s a thought!

Its pretty tough finding guest posting opportunities. You’ll have to contact a lot of webmasters, and expect a lot of rejections – or ignores. I hate doing it.  On the other hand after a while you get to know a few people in the same niche and then its a little easier.

It probably all sounds a bit overwhelming – and I can understand if you are pretty discouraged after the news of BMR. But if you give up now – Google wins – and I HATE letting the bullies win!

Check out the Keyword Academy – really – you’ll be pleased you did – its also free for the first month – so no risk to you. Really check out my new  Postrunner V2 Review – a great opportunity for quality backlinks.