OK this is a bit of a follow up on my recent post on clueless bloggers.  It probably reflects that I’ve been spending too much time on the HubPages forums recently too and I have decided that online there is a single reason why most people don’t make money online, and why online income remains just a dream.

They fail for a totally different reason. And I have finally figured it out. In fact its stunningly obvious now that I have though of it – and I should probably pad it out to an e-book and sell it for $97! Instead I’ll just make this post a bit long.

Do you want to know what the secret of making online income is? Drum roll… 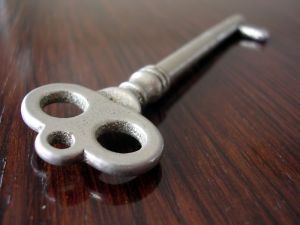 No kidding right! Seriously though I wonder what some people think they are doing, whatever it is, its not being in business. Think about it. What does a business owner do:

Now I think the best way to illustrate how I personally came to this not so original conclusion, is to give some examples – both people who are working a business-like way and those who aren’t so much. Now I am not calling anyone out here but I really think there are some useful lessons here ..

So here are my first every Online Income Case Studies!

Focusing on a Business Can Make You a Social Outcast

“seem to sneer at the fact that some of us are trying to make a few pounds from our sites.”

Now not being a mother I hadn’t really come across too many of the “yummy, mommy blogger crowd” until I joined today dot com in order to build my own backlinks and get paid while I did it. While there I met the crowd who like to make some “pin money” but then whinges that they are underpaid!  Now we have the mob who are above even earning an income – nice for you love but hope your husband doesn’t get fired/gets burntoff/run off with a younger model. Then maybe you will think earning some income is important!

Look  some people write beautiful sites and don’t make money from them.  That’s fine – but why does someone like Chloe who provides a useful site which gives me personally way too much information about a boys toy thats popular should feel like she’s not part of a community? They are losers Chloe move on – get yourself ranked for your main keyword and get popular with real buyers and make some real cash!

This one is a close to home – I am a travel blogger at heart. I would love to say I have a wonderful travel site which is a labour of love and which truely provides useful information.  Travel for the Over 30s is really a topic I know a lot about. I’ve just never cracked the market – yet.

Matt over at Nomadic Matt’s has. I’ve been aware of Matt for a while, because of our mutual travel interest, and because he published his e-book on How to Make Money From Your Travel Blog. (Well worth it BTW if this is your niche.) He’s just got back home to the US but has spent at least the last six  months travelling. And during that time he has got his income up into respectable four figures.  For me its a lot harder to build a business with all the distractions of a new interesting destination around you and having to deal with finding a reliable Internet connection, so hats off to Matt.

Now in contrast is Kirsty over at Nerdy Nomad I have been following her for at least three years. She was a member of the first forum I ever joined at Working Nomad and at that stage she seemed to be living the dream, my dream, of travelling and making enough money to pay for it. Don’t get me wrong, I love Kirsty’s work dearly and her blog is excellent – but her recent post on her June earnings gave me pause, because  I earned more than she did in June (including freelance income).  Why was that – well I think its really simple – I have put a whole lot more work into my business especially in the last six months.  Now what Kirsty is doing might well be right for her so this isn’t necessarily a criticism, after all she has been investigating free and cheap volunteering opportunities in Nicaragua where the Internet access is not so good.  But building business seems to involve an awful lot of hard work in the beginning, with payoff time further down the track.  Until you get the business to the level that the passive income is nicely diversified and recurring – you are vulnerable.

Work Hard and Measure Your Success – But Do it Right

Which brings me rather neatly to the one of the hardest working guys on the Internet Ben over at Make Money Online with SEO. Now I am not going to repeat how Ben makes over $100/day with HubPages (which he started with in May BTW) – because all of that information is on his blog. And he still gets people asking him why they are failing – to which the answer is always the same – they are failing because they aren’t working hard enough! So check Ben out Ben if you want to be making money online the right way.

Now what has got Ben such a high profile so quickly is that he has been reporting his income figures and they have been spectacular.  What he mentions to is the number of hubpages/infobarrels/niche sites he has published each day/week. There is one thing he doesn’t talk a lot about though – he doesn’t mention the number of hours he worked.

Which brings me to my final case study Joel over at The Keyword Academy Scam Experiment. Now Joel is new to this game as he says so himself – but I was concerned when I saw his blog’s byline

“If their system can’t make me money within 6 months, they get the boot!”.

Maybe that is the downside of mentoring sites such as the Keyword Academy – people externalise it -“their system”, “make me money”. The only person who will ever make you money in business is yourself – if you don’t believe that you will make money – you won’t – it sounds insane I know, but its true. Something in your brain has to believe in your business – if that doesn’t happen you will always be looking for the next best thing.

The other thing that I think Joel is doing wrong with this sits is quite simple: he’s tracking his time and adding it as a cost against his income.  Two things wrong here: he’s inexperienced in his own admission – Joel I learnt to buy domains and my hosting without any step-by-step video – the fact that you have one probably saves you hours – but I think its totally unfair to then say that the cost you X hours x $8.50 (being the minimum wage in his part of the world). You’re learning – its going to take you longer  that’s your problem not the “systems”.  So stop expecting any approach to being in business to pay you to learn.

But ultimately you can’t rely on any one system to make you money. You will learn sound principals at the KWA and if you keep on working – you will make money – but it will only really become your own when you believe in your business and your ability to succeed with it.

Being in business on the Internet has a big a learning curve, if not bigger, than setting up a florist’s shop or starting a computer repair service. Imagine if I decided that I was going to open a florist’s shop tomorrow? I don’t know anything about flowers, I don’t know how to arrange them, I don’t know where to buy them, and I don’t know how open and promote a shop. Do you think its fair to think that I will be in profit in 6 months? I’m more likely to be bankrupt because of the significant costs that venture would have entailed.

Making an online income is different – you don’t have to risk bankruptcy to do it – but there is a huge learning curve. And if you are struggling and missing something I’d like to suggest that its not a deep misunderstanding of how to find buying keywords or how to optimise a WordPress blog – its how to think like a business owner!

You need to focus on your business if you don’t know enough yet to have a business plan – focus on learning enough. Then develop a plan they work, a lot, and keep on moving forward. The rules change all the time, you need to keep up.

Sorry for the marathon post – its partly an SEO experiment because longer does seem to be better with Google at the moment- but also because I suddenly had an insight – and that doesn happen very often 🙂 So are you in business or are you just playing?