Third Tribe Marketing has just launched their affiliate program! Wow that was a surprise! Yes I am being Sarcastic! In fact if I had been a smart arse I could have predicted this when they announced the price increase from $27 to $47 – because if you offer an affiliate program  that pays 33% of $47 – that equates to $31.50 to the Third Tribe founders – i.e. you put up the fee to pay for  the affiliates, you end up making the same or more anyways. 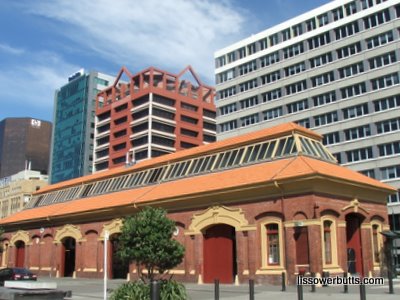 Meanwhile the affiliates do all the the traffic generation for you – they send their own followers over, or they rank their own Third Tribe reviews in the search engines and send the resultant search traffic.

Some one in the Third Tribe forums was surprised that they hadn’t launched with an affiliate program. That wasn’t an oversight – it was deliberate. Initially they wanted to milk their own audience. If they had had an affiliate program at the stage they would have been paying for buyers they already had access to. The   initial  “lower price”  allowed them to get the maximum sign up from the curious – who then have the incentive to stay subscribed because if they drop their subscription and then later return they will pay the higher fee. Along the way the achieved the social proof of having thousands of subscribers and active forums.

Oh and they haven’t released the affiliate program yet – they are just building the buzz for it.

Here are some stats from the  Third Tribe Forums. – these cover the first approximately 23 days of the forums:

So the owners of the forum started 0.02% of the threads in the forum which  according to their own copy:

The true lasting value of this private community comes from the networking, deal-making, support and insights that come from the interaction among members. …  and you’ll see people like Chris Brogan and Brian Clark being much more candid than they ever would on the outside.

You might want to think about that – if you are considering signing up for them – you are pretty much paying $47/month for a single seminar and two Q&A sessions and to network with a bunch of other people who also don’t know how to make money online – otherwise why would they have signed up?

My main takeaway is that people really will pay to provide most of their own content and pay you while they do it! Watching what Third Tribe is doing – rather than listening to what they are saying. My pick is that over the coming months Third Tribe will be doing a lot more of marketing additional tools (at additional cost) – to the now captive audience. I suspect that basically a forum provides a better marketing platform than a blog – my prediction is though that the churn factor will be quite high unless they figure out a way for people to provide meaningful results in their bottom line from their Third Tribe Marketing membership.