The initial reason I got into travel eBooks is I could see a gap in the market. The travel industry is dominated by the big guide book publishers: Lonely Planet, Frommers and similar. And none of them do eBooks well. In fact the eBooks I’ve seen from Lonely Planet are virtually unusable. But for a traveller an eBook reader is the best invention since cheap international airfares. So there was a bit of a supply, demand disconnect, and decided to fill it.

So I published one book, and then I got distracted. Frankly, I found writing something longer, and better organised, than a rambling 800-word blog post quite intimidating. Like hard work or something.

However as I said recently – Google managed  to focus my attention back to Amazon. So I wrote a second travel book, as was my Editorial Plan, which I now actually wrote down (that helps with plans!).

I wrote the next travel book, got a a great cover, paid an editor, and then I started formatting … Several days later I finished formatting. And I was mad, it had taken far longer than it should have. I wrote notes so I could replicate the process more efficiently next time.  The notes were quite long, (about 10,000 words in the end). Seemed like a potential book really. After all I’d bought several books on the subject of Kindle formatting – and they had varied from dire, to out-of-date, from misleading, to plain annoying. Really. So I, out of genre, I needed to  write another  book the one I couldn’t buy!

I wanted some reviews so I priced it at 99c and mentioned it to my mailing list and on a couple of forums and Facebook groups I’m a member of. I sold some copies: 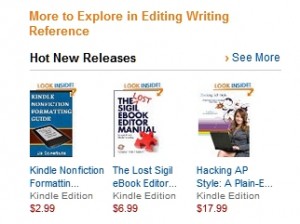 We are not talking hundreds here – but selling 35-odd at 99c within 24 hours pushed me up the best-seller lists in the niche and I even, briefly, ranking in the7000’s overall.

So now I have a side business! If you want to either buy my book on Kindle formatting or get help with your book’s formatting check out:

Also, some time in the next few days I’m going to redesign the site – so if it looks funky for a while – stay with me – it will get sorted, probably!