OK  another week and I now have a total of 23  hub published on one ID plus seven on my lissie account.  The search traffic for the other ID is now up to 423 views (73% from search engines – mainly Google).

Its a question asked in the forums – which is then open for a week. Every answer to the question is supposed to include the RSS feed of the other hubs answering that question. You are encouraged to add your hub to the original hubmob forum thread – self-promotion is encouraged, and the hubmob coordinator also gives you a backlink in the “official hub of hubs“.

So you get a free backlink from the forums, you get a free backlink from the hub of the hubmob and you show up in the RSS feed on every other hub on the topic – depending on how high up the voting you are on this page: that was a hint BTW 🙂 You also get a fair number of comments from other viewers because of the visibility of the thread at the top of the forum – I have a lot of comments from people who have never commented on my stuff before.  And HubPages gain authority on what is hopefully a topical subject – and in this case also an ever-green topic with random demand! So far I am getting traffic from some very long-tail keywords (7-plus) which was probably helped by the second shakes in California and Mexico which happened after I published several hubs 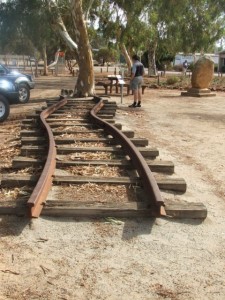 Earthquakes happen every where; even Australia!

So just in case you missed it here are my earthquake hubs:

If a hubmob fits your niches then its an excellent way to get some hubs ranked quickly – this week’s topic is 4th July.