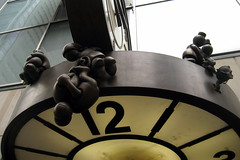 12 replies on “Article Marketing Automation: After a Month”

Yea Lissie, I agree, it appears that the links are for more rookie sites, and my views haven’t changed or very little change as far as traffic. So hopefully I signed up for the free version, cause I can’t pay the $47 per month, no way, no how!!

Its not about traffic its all about backlinks. I am getting traffic to one of the blogs I created for AMA though which was a surprise!

Thanks for posting a review of AMA – I’m just deciding which article marketing site/software to use and I’ve heard some good things about AMA (and I have some blogs set up to receive articles.)

How does AMA compare to other article marketers you’ve used?

Just had a thought… you say you’ve had 70+ articles published – wouldn’t it be possible to add 70+ blogs of your own to the network and just post your own articles to them (thus saving you $47 pm)?

Hi Nicola: I suppose you could but you would still “only” have 70 blogs with presumably fewer IP addresses instead of access to the whole network with thouands of IP addresses. There is actually an option to choose whether your own articles should be submitted to your own blog – I usually allow it because of the elegant prose LOL
I tried callen’s article submitter but found it tedious: and many of my articles failed because every directory has a different category structure. I got my money back on that one.
I haven’t used the ARticle Submitter service that Court recommends but the comments from others who have used it and AMA is that the links for AMA and the rise in the SERPS is much faster.

I still submit to ezinearticles by hand (in theory when I get around to it!)

Although $47 isn’t cheap you are only committed for the month (in fact I think its a 30 day money back anyway) – so you could theoretically – hit it really, really hard in the start of first month and then cancel before the renewal – there is not limit to how many articles you can submit: and those that are submitted and accepted on the network aren’t deleted if you stop paying: you just can’t keep on submitting them to new blogs

That’s a good point that I hadn’t thought of before – you get an anchored link in the article rather than in the author box, and that’s got to be worth more.

Lol – I submit to Ezine articles in theory as well… and Go articles, and hubpages….

First, let me start off by saying I like your blog I stumbled upon. I’m especially interested in your AMA review.

One thing that has given me paused is when you wrote “Its not about traffic its all about backlinks.” up above in the second comment.

If the ultimate purpose of your online marketing is to make a profitable venture then you “NEED TRAFFIC”. Backlinks are one of numerous means towards the end of obtaining traffic that can be monetized. Backlinks can obtain traffic by direct click throughs or or higher SERPS. Do you agree?

In my opinion, the only ultimate true measure of any article distribution software is to continually generate traffic either by increased SERPs through increased backlinks.

“””I think most of the sites that articles are being published are very new, most people didn’t commit their existing sites to this new service. Now those sites are at most maybe 2 months old a lot of them will start to be getting sandboxed. I expect they will pop out sometime; so all I can see is an upside as my backlinks start to be counted by Google.”””

I know from real life experience that getting backlinks from the WRONG source is almost worst than no link building at all.

Case in point. I use a WordPress plugin that automatically bookmarks to bookmarking sites like delicious.com. I used the that plugin for over 1/2 a year and created 100 hundreds of bookmarked backlinks. however all those links are worthless since they are either nofollow or private bookmarks that are not spiderable.

This brings me to my concern about AMA. For the price, my expectations are that my content is distributed to blogs that will give me beneficial backlinks “NOW”. If your theory about the newness of the AMA blogs is correct then they may or may ever come out of the sand box and provide some link juice.

It has been almost 4 months since you wrote this post. Has AMA increase your backlinks for you money sites? Do you receive direct traffic from the AMA submitted blogs?

Backlinks don’t directly necessarily give you traffic – but the link will make the search engines consider your site more important and eventually you will climb the rankings for the keywords that you have anchored on. Traffic is the be all and end all – you want targetted, buying traffic and that comes from people who are searching in google – not someone checking your your site from another blog.

No tool can guarantee that a backlink will be beneficial NOW – anyone who tells you that they know when google will count a backlink is a liar – unless they happen to be a google engineer – and they are then about to loose their job! This is a game for the long-haul.

I have just checked some of the key sites which I have been promoting with AMA – and most seem to be up and staying their for longer and longer periods. To date most of the AMA blogs are not showing up as backlinks in google – but they are showing in Yahoo – so they will come – sometime. These days the minimum time to expect a backlink to be picked up by google seems to be 6 months – unless its a very competitve term and then it will be longer.

Does this help clarify?

Hi Lis
Just followed this link from the Academy. Great post as usual. As you know I started using AMA yesterday. I really like the tools inside and look forward to creating a lot of articles. I will let you know what I think in a month.
Thanks

I was not clear about your answer. If, say you have been using AMA for 5 of your money/niche sites, are they all ranking in frontpage of google now?

Have you achieved your desired results? Do you recommend using AMA for an active, regularly updated blog, but one that is only 15 days old?

Please respond as this will help me go ahead and buy it.

I wouldn’t start blasting a brand new blog with AMA – I would probably wait a month or so and then start slowly. A couple of my sites are 1 and 2 respectively in Google- AMA is not guarantee – but it certainly helps!

Don’t mind Lis, but I kinda feel that the initial enthusiasm you had for AMA is not there. You don’t sound so confident anymore. Just my personal thought.