Well this seems to be the tradition at this time of the year to look back at your “best of” posts of the previous year. In fact its not a bad idea because internal linking is really a good idea – and hey some of your visitors may even find some benefit.

My optimistic 2009 goals are a fairly embarassing example of now NOT to goal set – they are too vague, not tied to abig picture aim really – but at least I had some. I did at least realise that yes, you can make $1000/month with Adsense

This post was pretty much when I hit rock bottom with my hopes for making passive income online – I figured out that all the options were worse than bad – and oddly enough once I understood that  if I didn’t believe in my business no one else would things really turned a corner – mainly because of one my worst written posts ever!

May was the month of the infamous 100 hubs challenge and although I boosted my hubpage earnings significanty. They have since dropped quite a lot – not without first making me quite a few thousand dollars though! I intend to revive some of my formerly successful hubs – possibly as mini-sites or on Infobarrel

As the year progress I slowly realised that I had to more and more treat this online adventure as an online business (one of my better posts I think). I’d even worked out that I could build a legitimate online business  and sell stuff online without feeling like I needed a shower!

By the end of September I actually had some online income which needed management! By October I had written my first e-book on buying and selling websites

At the end of the day –  Ican’t imagine a better lifestyle than the one I have now – it is definitly worth trying to make an income online.

Good ideas I still use

Keyword Academy – I still use their prinicpals for keyword research – in general – I am not totally convinced on their backlink startegy but if that program had been available a year earlier it would have saved me a year of heartache and made me a lot more than the cost of membership!

An Alternative to WordPress – anyone who has more than 2 or 3 blogs will no that WordPress needs constant updating – not the content the bloody software – Mystarterblog is ideal for easy to maintain, niche blogs

Online Backup – this really does work seamlessly – after the initial setup – any file I add or modify is backed up the next time I’m online – for free!

So have you done a year summary for your blog? If so feel free to leave a link in the comments below! 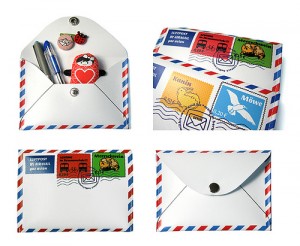 Well I thought I would take you step by step on how to earn passive income online: just send me $197 by PayPal…. Sorry just kidding!

I’ve updated some pages on this site to describe the key elements of my business strategy and how I intend to implement it.

Up front – I am not making a significant amount of money with this strategy right now – I do intend to be in the next year or so though.

What I do know is that other people are making money doing this – its not a secret, its not particularly difficult – though I wouldn’t say its easy.

I also would definitely say its a lot of work without in prospect of being paid for at least 6 months.

The thing is that you have to find your own way – because no one else’s business model will fit your personality and skills, but here’s mine for what’s it worth.

How to Earn Passive Income – My Plan

Software I use in my business

How I get backlinks to my sites